Driving while impaired (DWI) means operating a vehicle when one’s alcohol content in the blood is above the legal limit allowed by the state’s laws.  Different states vary in their acceptable levels of alcohol, but it ranges between 0.08% to 0.10%.  In North Carolina, driving while impaired which is commonly known as “Drunk driving” is a serious offence which attracts stiff penalties and imprisonment.  The main reason why it is treated so is because it can lead to death and injuring of both the impaired driver and the third parties.  Driving while impaired have negative impacts since it causes accidents, damage the vehicle and cause other civil damages. This ends up triggering the insurance premiums depending on the damages caused.  Wrongful deaths caused leads to hefty monetary charges against the intoxicated driver.  Driving in a park is not a crime but sitting in a non-moving vehicle while drunk maybe charged (drunk in and about a vehicle).

North Carolina abolished all the previous laws governing drugs abuse and alcohol and consolidated them into a single offense known as Driving while impaired.   North Carolina uses Blood Alcohol Concentration (BAC) test to determine whether a person is legally impaired.  The penalties in North Carolina depends on whether a person has been charged before and whether the person cooperates with the BAC regulations.  For a person aged at least 21 years the legally impaired level is 0.08%, commercial drivers is 0.04%, for under 21 years old is any concentration level while a prior driving while impaired is 0.04%.  If you are aligned in court due to driving while impaired, don’t underrate the issue because this is a serious criminal case with hefty penalties. 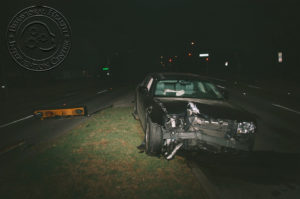 In North Carolina, fines ranges from $200 to $10,000 plus a jail sentence ranging from 24 hours to 2 years. In additional, one maybe confiscated license and restricted from driving for 30 days to 90 days.  Laws requires one to serve a one-year jail imprisonment if convicted of felony and undergo a substance abuse enrollment.  In Charlotte if one declines to take an alcohol test, you lose your driving license for a minimum of 30 days or even for one year after hearing regardless of being convicted or not.   Once convicted, one risks losing voting rights including parole but after conviction the rights can be restored upon application.  In addition, a driver can be charged if he or she has an open beer or wine in a vehicle, contrary to that one can transport liquor which is out of reach of the passengers and the driver.  If one lives outside North Carolina and have been charged driving while impaired in North Carolina or charged driving while less than 21 years old and under alcohol influence, one must undergo a substance test assessment and treated to get the license back.

In North Carolina, the penalties are classified into Criminal DWI and Administrative DWI.  For the administrative DWI Penalties, one’s license might be suspended when charged with driving while impaired after failing the chemical test or declining to be tested.  The license suspension after failing a chemical test is one year for the first offense, four years for the second offense and a permanent suspension for the third offense.  Criminal DWI penalties depends on whether one is over 21 years old or below 21 years unlike in administrative penalties.   If a person is under 21 years old and caught by the traffic officers with a fraudulent license, using another person’s license or assisting a person to buy alcohol, one loses a license for a pre-trial period of 30 days and thereafter 1 year if found guilty.  In Charlotte if one is over 21 years old, the DWI penalties the judge uses mitigating aspects to determine one’s level of misconduct.  Factors include the following among others: current driving records, Blood Alcohol Concentration, and medicine prescription.  If found in level 5, one’s license is suspended immediately for 30 days, charged a fine of up to $200 and jailed for a period between 24 hours and 60 days.  If found in level 4, one is charged a fine of up to $500, an immediate 30 days license suspension and imprisonment of a maximum 120 days.  A person found in level 3, the judge charges the offender a fine of up to $1000, an imprisonment ranging between 72 hours and six months and a license suspension of 30 days.

Persons in level 2 faces an immediate license suspension of 30days, a charge of up to $2,000 and imprisonment of a period ranging between 7days and 12 months.  Level 1 offenders are confiscated the licenses, charged a fine of up to $4,000 and faces imprisonment of a period between 30 days and 24 months.  For aggravated level 1, the penalties are harsh compared to the other levels because offender’s license is suspended for 30 days plus driving privileges restrictions, a fine of up to $10,000, a possibility of 1 year to 3 years imprisonment and compulsory abstaining from alcohol.  Commercial drivers are heavily penalized compared to other regular drivers.  Their charges are regulated by the Federal Motor Carrier Safety Administration (FMCSA).  Driving with a minor in a car attracts extra charges against the driver unlike when an intoxicated driver is alone.  If you became prone to this offense, you might be forced to install an Ignition Interlock System which requires one take a breath test before starting a vehicle.

Defending driving while impaired (DWI), is expensive since the offender must cough the court’s costs, and the attorney’s fees charges.  One must appear before a judge regardless of whether you intend to plead guilty or not since DUI is a crime in Charlotte. Accessing Attorney services is expensive since one must pay a range of between $500 to $7,500.  The cost might be higher depending on the number of charges one is facing, the weight of evidence against you, previous history and the extent of damages caused if any.  For one to be convicted, the state must provide enough evidence to convince the judge that the accused was driving under substance influence.